The European equity market continued its positive trend through April although ceded its position as best performing region year to date as the US market benefitted from the huge Biden stimulus program, the American Rescue Plan. The slower start to the vaccination program in Europe has also weighed on the economy where we are seeing a slower recovery rate than in the US and UK, both of which have now provided a first dose to around half of their respective populations. However, activity in Europe has accelerated and the direction of travel is now very clear.

The most significant positive contributor in the month (+12.3% in April) was Royal Unibrew (Brewer, Denmark) which continued its positive trend from March, buoyed by a positive trading statement. Dalata Hotels (Hotels, Ireland) also performed well after appointing the new Chief Financial officer and providing an upbeat outlook for the coming season. AMS AG (Austria ,sensors) was a poor performer in April as rumours circulated of a possible large contact loss to Apple. The company reported in the last few days and cleared the uncertainty and the stock responded by rebounding 10% on the day. 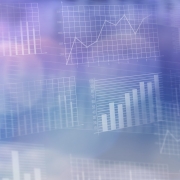 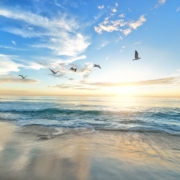