During March the Columbus Fund rose by 3.59%. The Fund has beaten the market both over a 12-month period (+44.61%) and since the market reached its lowest point on the 18th March 2020 due to the coronavirus-induced market crash (73.03%). Since inception, in June 2008, Columbus’ returns have been 141.36%, comfortably exceeding the broad European equity index.

Over the first quarter of the year, investors have experienced a sharp rotation away from the more growth-oriented sectors, such as Technology, into more cyclical areas such as Commodities and Materials. In addition, the focus has shifted towards stocks which are traditionally seen as ‘value’, a style that had consistently underperformed over the past decade. This notable change of focus stems from a combination of rising bond yields and an increasing confidence in an economic recovery as the global vaccination program gathers momentum.

As mentioned in last month’s report we have been able to take advantage of the performance of some of our longer-term holdings to switch into opportunities which offer a more attractive risk-reward. Amplifon and Avast, for example, were sold during the month and have provided a combined return of more than 90% since purchase. The proceeds from the sale helped to boost some of our exiting holdings as well as starting a position in DormaKaba, a Swiss listed access control group which enjoys strong market shares in the European lock markets and significant growth opportunities elsewhere, most notably in the US.

The best performing holdings during March were our two Spanish banks, Liberbank and Unicaja Banco which agreed a merger deal to form the 5th largest bank in Spain. Zooplus, the German listed online pet products retailer also performed strongly after releasing ambitious growth targets for the coming few years. That said, the bulk of the underperformance in the month came from only two stocks, one of which, Neoen, initiated a large capital raise during the month to fund the raft of opportunities they see ahead. The other, AMS AG, suffered in March despite no negative news of note. Beyond these outliers the bulk of the fund has coped well with the changes in the market, and we remain very comfortable with our positioning. 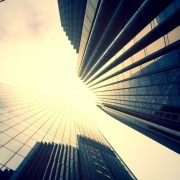 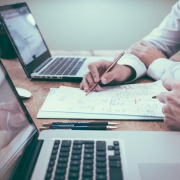