The weakness in equity markets in November resulted from the increase in hospitalisations across Northern Europe and the arrival of a new Covid mutation, the ‘Omicron variant’, which was first identified in South Africa. Concerns over the impact of the upsurge likely contributed to the fall in the German IFO business climate survey data, as businesses worried about the potential for renewed lock-downs during the important Christmas season. The news led to a general flight to safety from investors as shares in affected sectors such as travel and hospitality were sold in favour of the better visibility coming from the IT and pharmaceutical sectors.

Germany was the source of other important news during the month after the various factions of the new government reached agreement on their ‘traffic light’ coalition. Olaf Scholz of the leading SDP is to take the reins as Chancellor, ending Angela Merkel’s successful 16 year tenure in the role. Unsurprisingly the coalition is placing great emphasis on the climate, which was outlined by voters as the issue of most concern, but national labour laws are also likely to be an area of focus.

Within the portfolio, Auto Trader, (+ 20.9% in the month) the UK online car sales site was the strongest contributor after reporting an excellent set of first half numbers with revenue growth of 82% vs the weak 2020 early pandemic phase, but also 15% above the strong 2019 figure. The group dominates the car sales market in the UK and have been consistently able to expand along the value chain. Ageas, (+8.4%) the Belgian listed Life and Non-Life insurance business also reported strong figures, and despite the impact of some significant natural disaster claims, reiterated their earlier targets and those for their longer-term strategic plan. The company overall, and particularly the Asian business, continues to generate a strong free cash flow and remains under-appreciated in our view.

On the more negative side, Royal Unibrew, (-12.4%) the Danish brewer, gave up much of its earlier strong performance in the year after announcing the impact of higher freight and raw material costs in the third quarter. This has been a common refrain throughout the recent results period and unsurprising given some of the well-publicised global supply chain issues. We continue to see a very strong longer-term opportunity for the group and view much of the current margin weakness as a temporary hiatus while the higher costs are transferred into prices. We added no new names to the fund in November but added to our position in VGP (Belgian listed logistics real estate business) and trimmed both Interpump (Italian specialist engineering) and SIG Combibloc (Swiss packaging equipment). 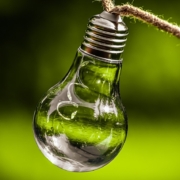