During December the Columbus European Mid Cap Equity Fund rose by +5.2%, comfortably ahead of the +3.7% increase in the MSCI European Mid Cap and +2.4% in the STOXX 600. Over the past six months the Fund has risen by +21.7%, and by a remarkable +68.7% since the market’s low on March 18th. For the full year Columbus achieved a positive return of +7.04% which compares extremely favourably to the official benchmark for the fund, the Stoxx 600 which achieved a loss of slightly more than -4% for the year.

Since inception in June 2008, Columbus’ return has been +132.2%, comfortably exceeding the broad European equity index. It remains notable that the higher returns do not come with higher risk as the volatility of the portfolio over the last twelve months stands at 26% vs. 27.6% for the STOXX600.

Far from being a quiet end to the year, December delivered a number of significant events and provided the basis for continued strength in most equity markets across Europe. Investors responded positively to the outcome of the US elections and further positive news regarding vaccine approvals. The combination caused a shift in momentum towards more cyclical sectors such as materials and travel & leisure, and away from the growth stocks which had led for most of the year.

The long-awaited Brexit agreement was finally achieved late in the month but had a relatively muted impact on Sterling or the UK equity indices. For Europe the more notable news appears to have been the signing of the EU seven year budget of ~€1.8 trillion, including the ‘Next Generation EU’ Covid recovery fund. However, this raft of positive news has been tempered over the past few days as governments have shifted back to more restrictive lockdowns following a notable spike in Coronavirus infection rates across much of the world.

Two of the strongest contributors to the fund through the month were direct beneficiaries of the European budget agreement. As part of the package European leaders shifted to tougher 2030 carbon emission goals which will drive a notable increase in renewable energy investment. Neoen, (+23.67% in the month) the French listed renewable energy group, and the fund’s largest position, and Voltalia (+32.02%) French, also renewable energy. both rose sharply to reflect this improved outlook. Interpump, the Italian listed industrial equipment group, and a long time holding on the fund, also produced a strong return as investor focus shifted to the more cyclical sectors. The most significant detractor on the fund was AMS AG (-16.55%), the Austrian semiconductor group, which suffered following a negative rumour regarding a large client order. After speaking with the company, we remain convinced of the mid-term growth story and continue to back the management. 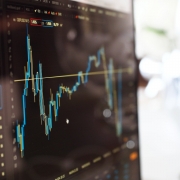 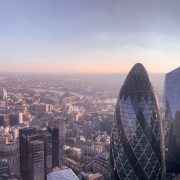 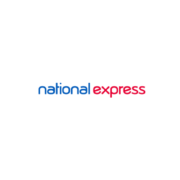