During March, the Pareturn GVC Gaesco Columbus European MidCap Equity Fund class I fell -2.21%. In the last twelve months the Fund has risen by 5.39% and by 32.81% in the last three years. Since its inception in June 2008, Columbus has returned 158.6%, comfortably outperforming European equity indices. The volatility in the last 12 months has been 13%.

The increase in volatility that we have witnessed in equity markets in recent months has continued in March. Inflation remains at record levels for the last four decades, with no evidence that it has yet peaked. The US Federal Reserve has joined those Central Banks who have already begun to raise rates such as the United Kingdom, Brazil, Mexico, among others. In the US, the markets are already pricing in increases at each Fed meeting, and could end the year above 2%. In Europe, the Central Bank changed its tune in March and opened the door to increases in interest rates in the second half of the year. As a consequence, growth expectations for this year and next have been reduced while inflation increases. The interest rate curves of developed countries continue to rise — in Europe, yield curves have started to see some flattening with the German 10yr at 0.7% and 2yr at 0%, while in the US the spread between the 2yr and 10yr is completely flat. The probability of a period of low growth and high inflation, the much feared “stagflation”, begins to increase. The short-term indicators related to the service sector have improved in the first quarter of the year due to the lifting of travel limitations, while those related to manufacturing have worsened due to the rising prices of raw materials and disruptions in supply chains and production. Inflationary tensions in both raw materials and wages remain strong with customers accepting price increases, which has enabled companies to maintain margins. On the positive side, results season has been better than expected. In our meetings with companies, they confirm that both sales and orders continue to be very strong, while inventories are higher than normal.

Several stocks in the fund performed positively during the month, including Getlink (+11.65%), the operator of the tunnel between the UK and France, which benefited from the relaxation of COVID restrictions. Additionally, Unicaja, a Spanish bank with a large mortgage loan portfolio, has appreciated by 12.46% as the market prices in the anticipated increases in interest rates. Finally, due to positive sentiment toward renewables, Neoen, rose by 12.07%. On the contrary, industrial companies with exposure to the automotive sector such as Duerr (-17.07%) or Bodycote (-15.06%) have performed poorly given the ongoing high raw material prices and disruptions in the automotive sector.

Our portfolio continues to change and adapt to our expectations for the post-conflict economic situation. In the Columbus Fund today, industrial and consumer stocks are prominent with a tilt to “economic normalisation stocks” — companies that were affected by the pandemic and that are now returning to normal activity, such as tourism and leisure. We have not taken a position in companies related to the energy sector, which have performed well lately, since we do not have visibility on how energy prices will perform in the medium term. In late 2019, we had a sizeable position in stocks related to technology, software, renewable energy and health (40% of the portfolio). In the intervening period, several of these holdings were sold for valuation reasons whilst some were taken over. Consequently, only 6% of the portfolio is invested in technology consulting businesses. We continue to maintain our renewables position in Neoen.
Value and growth are commonly used terms of distinction among equity investors who are often convinced of one approach or the other, however, we have a more pragmatic vision. We look for companies trading below our calculation of intrinsic value, but to hold these stocks for the long term we also look for significant potential for growth. In some cases, the majority of our expected return will come from revenue growth, and in other cases from a correction in the company’s undervaluation. By investing in a variety of opportunities, we are less exposed to changes in market sentiment, such as the one currently taking place. 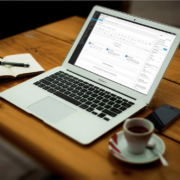 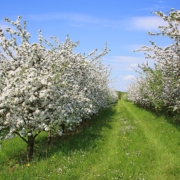