Pareturn GVC Gaesco Columbus European Equity Fund class I rose by +6.20% in July. In the last twelve months, the Fund fell by -12.65% but its 3-year performance remains strong at +20.21%. Since its inception in June 2008, Columbus has returned +140.93%, far outperforming European equity indices. The volatility in the last 12 months has been 16%.

The European Central Bank’s first interest rate rise in 8 years took place in July. The US Federal Reserve also raised interest rates again by 0.75pp, to 2.5%. These increases in interest rates have pushed down the yield on 10-year government bonds by almost 1pp from the maximum marked last month. The markets have already priced in the belief that these interest rate changes will suppress inflation whilst also causing a recession, which we believe will not be severe.

We continue to believe that the key to the market’s behavior is the future evolution of inflation. The dips we have seen in the price of oil and other raw materials, as well as the easing of supply chain disruptions, such as improvements in freight prices, hint toward inflation drops, which will materialize in the last quarter of this year and especially in 2023. We reiterate what we pointed out last month: we believe there will be a bullish stock market reaction once inflation data begins to improve. Finally, we also note that fixed income markets are anticipating falls in interest rates next year and that mutual funds continue to hold very high levels of cash. Both are positive aspects for future stock market performance.

Listed companies’ first half results had a positive impact on global stock markets, which have now recovered part of the losses suffered in the first half of the year. The published results of the companies show double-digit growth in sales and a narrowing of margins derived from cost increases in some sectors, but which still allow profits to grow. Only a quarter of the companies in the markets have published lower than expected results.

Three companies stood out in the Columbus portfolio this month:

Unfortunately, there was negative news from Scor SE. Due to losses associated with climate change, the French reinsurance company posted worse-than-expected results in its Property & Casualty business. In November, they will present a plan to reduce their exposure to this sector. The stock has a dividend of close to 10% with very attractive valuations. We remain positive on its value given the valuation and upcoming restructuring.

The markets are changing rapidly so we believe it is crucial to mold our portfolio to the new reality. The retreat of globalization, and the return of inflation, economic cycles and volatility will mark the markets in the future. Since the last great crisis, now more than 10 years ago, lower growth has been a signal to buy risky assets since, generally, an increase in liquidity was generated by the Central Banks. Investors got used to an environment in which equity and bond markets were negatively correlated, while Central Banks increased liquidity if economic activity deteriorated. We think this will be less likely going forward, as Central Banks assess the risks of increasing liquidity versus higher inflation. We also believe that equity markets will once again factor in more frequent business cycles. All this will generate opportunities for active management, like ours, to add substantial value to our clients. 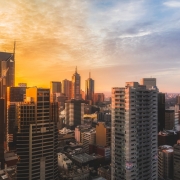